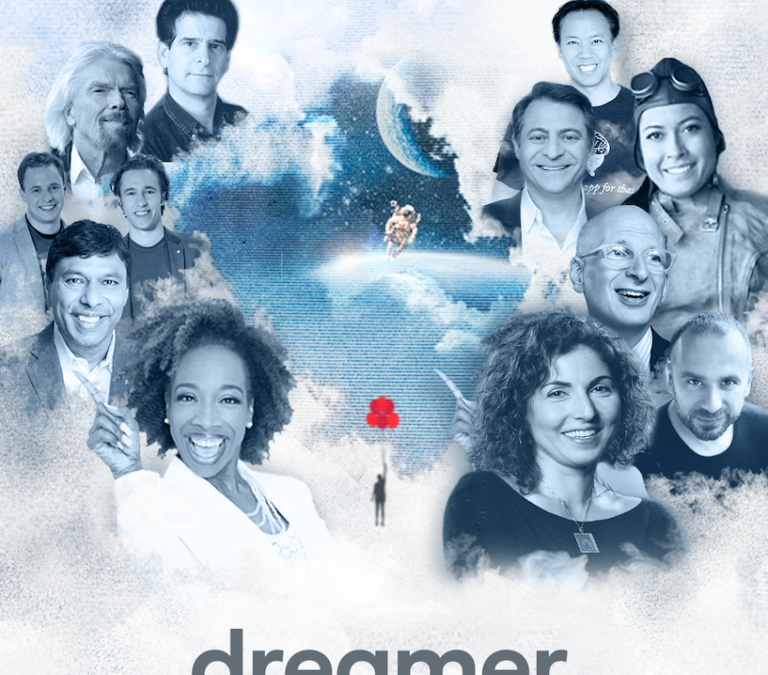 Orlando, FL—July 18, 2020 DNA Films, in conjunction with multiple Emmy® award winning Director Nick Nanton and Giovanni Marsico, Founder and CEO of the Archangel Academy, will release their new documentary on Monday, July 20, 2020 at 8 pm EST to a global audience.

“Dreamer” tells the true stories of six big dreamers and innovative thinkers who turned their dreams into reality, impacting millions of people along the way. As told through sit-down interviews with a wide range of cast including Lisa Nichols, Peter Diamandis, Jim Kwik, Anousheh Ansari, Richard Branson, Seth Godin, Jessica Cox and Dean Kamen, among others, this film reinvigorates your belief in the human potential and will awaken the gifts of many dreamers that lay dormant—waiting to be discovered.

More than a groundbreaking film, “Dreamer” is a movement that has become a wildfire of inspiration spreading around the globe, awakening dreamers to their potential and supporting them to turn their visions into reality. Despite the naysayers and the voices calling you “crazy” or telling you to “be more realistic,” this film will give any viewer the courage and confidence to put their visions of a bigger and better future into action.

DNA Films® is led by multiple Emmy® Award Winning Director and Producer, Nick Nanton and Emmy® Award Winning Producer, JW Dicks. Dicks and Nanton have produced multiple award winning films including Operation Toussaint, A New Leash on Life: The K9s for Warriors Story, Visioneer: The Peter Diamandis Story, and Rudy Ruettiger: The Walk On. Their productions have won multiple Emmys® and together they have been awarded more than two dozen Telly Awards for excellence in television and film production.  Combined, they have produced and directed more than 500 television episodes and dozens of films. Dicks and Nanton’s goal is to bring amazing stories to the big screen as a means of encouraging and inspiring a new generation.