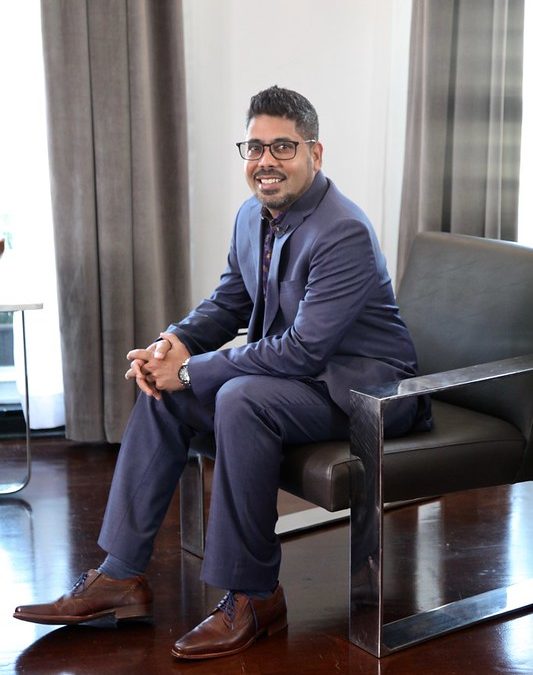 Digital Marketing Entrepreneur, V. Krishna Lakkineni signs on as Executive Producer for the filming of Dreamer.

Kamloops, BC – May 15, 2020– V. Krishna Lakkineni signed on as Executive Producer in a new documentary feature film from DNA Films®. The film will focus on encouraging current and future entrepreneurs to take the leap and follow their dreams to make a change.

Throughout the film you learn about influential entrepreneurs such as Giovanni Marsico (the founder of Archangel), Dean Kamen (engineer, inventor and business man), Lisa Nichols (motivational speaker) and Peter Diamandis (the founder of the X-Prize Foundation). The documentary will explore their stories, dreams, and the paths they took to make an impact. 15-time Emmy® Award winning Director Nick Nanton will direct this documentary to tell these incredible stories.

It is the hope of V. Krishna Lakkineni, and the other producers involved, that this film will help inspire the entrepreneurs of the future to create big dreams and persevere through any obstacle to achieve them.

V. Krishna Lakkineni joined Nick Nanton and his Emmy® Award Winning DNA Films crew for a day of principle filming in New Hampshire in late August 2019. He was on set for Nanton’s interview with billionaire Dean Kamen, know best for inventing the Segway.

Dreamer is currently still in production and is scheduled for tentative release in the late fall of 2020.

Krishna Lakkineni hailed from a small village in India. Being born into poverty, the lack of necessities made him work harder, and he became hungry to achieve something better for himself, his future family and the generations to come. As a ten-year-old, he thought money would solve all his problems. In fact, this thought vanished as he got older and understood there was something greater. A higher purpose now drives him to reach his goals. His self-discoveries lead to an inner passion to help others through mentoring, giving, compassion and love. Through hard work, dedication and continuing education, Krishna developed a unique skillset in the digital marketing industry, where possessing both analytical (left brain) and creative imaginary (right brain) talent lead to quality project outcomes.

He currently leads a great team of talented technologists, designers and strategists at ROI Media Works. Mr. Lakkineni has over 15 years of experience working in the ever-changing digital marketing world. Being analytical, an entrepreneur, a programmer and a marketer, he has developed a unique, yet strategic, skillset where he sets the bar high for himself. He also had considerable experience working on Fortune 500companies’ digital marketing projects in an agency environment.

V.Krishna Lakkineni is an Amazon best-selling author, a bronze Telly Award recipient and an inspirational speaker. In his spare time, he volunteers in the community in which he lives and works on various non-profit projects where passion meets purpose. He is also a recipient of Expy and Quilly awards from the National Association of Experts, Writers and Speakers.

DNA Films® is led by fifteen-time Emmy® Award Winning Director and Producer, Nick Nanton and Emmy® Award Winning Producer, JW Dicks. Dicks and Nanton have produced multiple award-winning films including Visioneer: The Peter Diamandis Story, Esperanza, Mi Casa Hogar and Jacob’s Turn. Their productions have won multiple Emmys and together they have been awarded more than a dozen Telly Awards for excellence in television and film production.  Combined, they have produced and directed more than 500 television episodes and dozens of films.

Dicks and Nanton’s goal is to bring amazing stories to the big screen as a means of encouraging and inspiring a new generation.